YBN Nahmir recently dropped a fire spitting surprise track “Opp Stoppa” which is produced by Ashton Woodench. The song has an up beat dance vibe and is just in time for the family Thanksgiving dance challenges. YBN Nahmir upcoming project will also be releasing next month, YBN Nahmir has already sparked the interest of millions of fans, influencers, and celebrities alike via TikTok from viewership of a sound bite snippet in videos featuring Addison Rae, Lil Huddy, Josh Richards, and more, which ultimately pushed the surprise release following his most recent single, “Wake Up“, which is already at over 400,000 views on YouTube. “I just wanted to put something out that was fun, and everybody liked, the Lil bit I did release went viral, so we ended up releasing it across all platforms,” YBN Nahmir states. “Opp Stoppa” is streaming on all digital platforms make sure you listen to the track below. 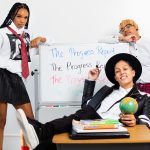 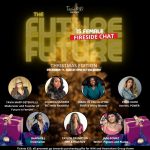