Russel Wilson Made A Statement About Joining The Denver Broncos

Russell Wilson was formally presented as the Denver Broncos’ newest quarterback Wednesday in front of Hall of Famer John Elway in a packed auditorium. Wilson also made it clear how much he expects to accomplish with his teammates in a new location over the next ten years.

“My goal is to play 10 or 12 more years and hopefully win three, four more Super Bowls, that’s the plan,” Wilson stated. “That’s the mindset. That’s why I came here, to finish my career here and hopefully finish on top as a champion. And do it multiple times.’

With the start of the new league year on Wednesday, the transaction was made official.

Wilson fielded questions, discussed why he thinks the Broncos are the ideal match for him and posed for photos with his family in the same room where Peyton Manning was originally presented as the Broncos’ quarterback on March 20, 2012. Congrats Russel Wilson.

What are your thoughts on Wilson joining a new team? 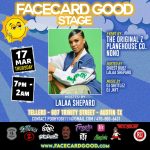 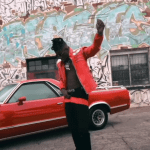