Rick Ross announces ”Richer Than I Ever Been” Promoting his new single, on Instagram “My new album Richer Than I’ve Ever Been… that’s on the way, ” On the track, is the follow-up to the Florida native’s 2019 EP, ‘Port of Miami 2’, that debuted at #2 on Billboard with assists from Jeezy, Wale, Teyana Taylor, Nipsey Hussle and more. Earlier this month, the Miami native dropped the album’s first single, ”Pinned To The Cross” featuring Finn Matthews. 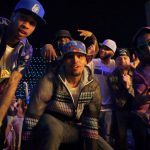