My Struggle, a film by Boosie, has been released. He discussed the film’s sales in a recent interview with VladTV. He says the film grossed $1 million on its first day because it has cameos from several of the game’s biggest, younger stars.

Boosie’s traumatic childhood and journey towards becoming a rap celebrity are captured in this movie, which was filmed in his hometown of Baton Rouge. The video features violent and sex scenes, as well as a reenactment of Boosie’s first-degree murder trial, which he was acquitted of. 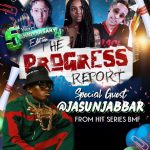