East Oakland artist Lil Mikey TMB just delivered the official visual to “No Pressure” which is from his ‘Deep In My Thoughts’ deluxe project that released late 2020. “No Pressure” is produced by Mikey’s longtime music producer, SM Tracks and is in rotation in various nightclubs.

The music video to “No Pressure” was filmed in Lil Mikey TMB’s neighborhood on 96 and Cherry Street inside of the area’s most popular corner store. The area is known for its past drug enterprise and violence.

“This is the same neighborhood where I got shot 5 times and I’m the only one that got shot on that block that’s still living, thank you God” (Lil Mikey TMB reminisces on being shot some years ago). 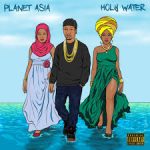 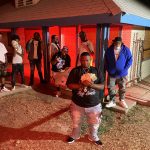