Big Sean earns his fourth No. 1 album “Detroit 2” on Billboard 200 chart. “Detroit 2” featured collaborations with Nipsey Hustle, Eminem, Jhené Aiko, Lil Wayne and more. The album earned 103,000 equivalent units in the U.S in the week of September 10, according to Nielsen Music MRC Data. 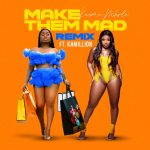