On Thursday (September 3), Chart Data tweeted most recent single “Laugh Now Cry Later” featuring Lil Durk” was officially certified platinum by the Recording Industry Association of America (RIAA). The single already moved over 1 million units in the three weeks since its release. It was released as the lead single from Drake’. 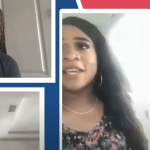