Fans will be able to pre-order and pre-save a deluxe expanded version of the original Rolling Papers, which will include tracks never before released on DSPs, such as “Middle Of You,” “Stoned,” and “Taylor Gang.” In addition to the anniversary edition of Rolling Papers, fans will also be able to purchase limited edition vinyl with rare color variants, including blue vinyl with heavy splatter, green vinyl with a black smoke effect, and highlight yellow vinyl with a black smoke effect. The blue and green variants will be limited to 2,500 copies worldwide, and the highlighter yellow version will be exclusively available through Spotify. 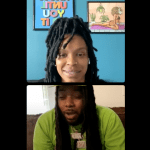