Camila Cabello’s global sensation from 2017 has been certified as her first diamond hit.

On October 4, 2021, the song “Havana (with Young Thug)” was certified as a diamond. The prize, given by the Recording Industry Association of America (RIAA), is worth ten million US dollars. 1 paid download or 150 streams are equal to one unit.

“Havana” was each artist’s first number one song on the US Billboard Hot 100, and it was a huge hit in many overseas markets. It has now been certified as each collaborator’s first diamond-certified hit.

The song was released as a “double feature” with “OMG” in the summer of 2017. It became a Grammy-nominated, defining chapter after instantly resonating with ardent followers and a wider audience alike. 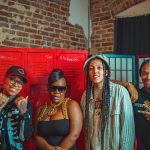