“The Box” is a song by American rapper Roddy Ricch, released as the fourth single on January 10, 2020, from his debut studio album Please Excuse Me for Being Antisocial. Prior to the song being released as a single, The Box became Roddy Ricch’s highest-charting song worldwide, spending eleven weeks at number one on the US Billboard Hot 100, The Box went on to dominate in 2020 as well and now, has reached another impressive milestone.

According to Chart Data, The Box is 9x platinum in the US. This is after selling 9 million units. The next certification would be diamond, and this could very well happen in 2021.

Roddy has also been working on his sophomore album since last fall, but there is still no official title or release date out. In the meantime though, he has another hit on his hands with his “Late At Night” single, which was released last month. 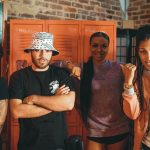