It’s Cinco De Mayo, May 5, 2021 on a Wednesday night in Hollywood, Ca. It’s officially 2 days before MBNel album release, “No Hard Feelings”. I was invited to the album release party with a general perception that first, MBNel is the real deal, solid from the streets and makes music you will have on repeat. And second, MBNel is in a box of complexity with a Bay Area sound. I was right about the first thing but completely wrong about the 2nd. You will see why.

MBNel is a Filipino brutha raised in the south side of Stockton. Stoccton, Ca is on the northern part of California and is one of the most dangerous cities in not only California but in the United States. Statistics show that 1 in 18 will be a victim. When you grow up with that kind of trauma it becomes regular activities and apart of your everyday environment in society. For MBNel to make it out of that environment is a blessing and real inspiration.

If you were to put a title on MBNel sound it’s simply, a “Vibe”. MBNel has so much versatility and diversity in his sound you can’t put him in a lane to stay in. A gumbo pot of flavors in the vibe! You got melodies, something for the ladies, mobbin music, storytelling, mega slaps, something for the clubs.

MBNel went 15/15, a full body of work! Not a single trash song on this album! “No Hard Feelings” is a timeless project.

The first record you hear, off“No Hard Feelings” is the intro record titled, “ Nel”. From the beginning you hear the news anchor speak on the city of Stoccton, Ca. about the month long gang sweep that lead to 30 arrest opens the beginning of a transparent album that shows strengths and the struggle. The good and the bad.

As 14 more songs play and an outburst of run that back a few times lead me to take some notes about my favorite records off the album.

“Man in the mirror” is a real deep reflection of MB Nel life and the choices he’s made. His story telling makes you feel like he has good and evil on each of his shoulders trying to listen to the best version of himself.

“No apologies” track 15 is my favorite. Produced by Drum Dummie. The melody with the guitar riff mixed with the powerful messages MB Nel is displaying. It had me hooked.

“Beautiful” is a track that you can tell MB Nel was challenged to do so and as a music fan, I am grateful to hear his elevation. The words “beautiful smile” made me think of my wife and positive energy.

After the listening party was over and the last track was played, I was completely blown away. I walked up to MBNel management and told them what I expected verses what I heard and felt. My expectations were shattered and remastered. MBNel is the real deal. 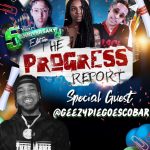 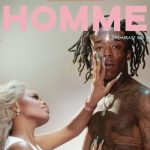