Hylan Starr is known as a singer/songwriter, that made his way in the music industry by posting videos on YouTube, which earned him 5 million views, with inspirations pulled from R&B and artists Chris Brown, and Usher. Eventually that lead him to signing to Universal Music Group/Wolfpack Global Music. In our interview below Starr discussed the meaning behind his latest song “Fool”, the struggles he went through growing up, his journey to signing to Universal Music Group/Wolfpack Global Music, his upcoming music, and more. “Fool” is streaming on all digital platforms. Make sure you download, and watch his visual, and check out our interview below.

Hylan Starr Interview on Voice It

Hylan Starr – I started making music professionally when I was 15 years old on Youtube, and I was posting a lot of different cover videos. One of my covers went viral when I was 17 years old, and the video got 2 million views a couple of days after. Off of that one video, I began to post more videos and build my fan base, and less than a year, I got signed.

Tiara – How did you feel moving from Oklahoma to Atlanta?

Hylan Starr – Atlanta is fast paced, and it’s a lot more opportunities than Oklahoma, and Atlanta molded me as an artist.

Hylan Starr – Chris Brown, usher, Trey Songz, Mario, and my mother, she died in December, she always wanted me to do great things in life. She had lung cancer, and I’m just glad she is out of pain. I know she is watching over me, and I must take everything to the next level, my mom is my fire.

Tiara – Tell me about the hardships you went through, and how did you overcome those struggles?

Hylan Starr – As a child, I went through a lot I was homeless with my mother and stepdad. I lost my brother as well in 2015. I saw him get shot by one of my closes friends, that I’m no longer friends with. God, my mom, and grandmother helped me overcome those struggles.

Tiara – What inspired you to make your song called ‘Fool’

Hylan Starr – I have seen my mom get physically abused at a young age, and I have seen a lot of females that I know go through a lot of horrible things as well with guys. I made this record so I can help females get through domestic violence, mental abuse, and getting cheated on. This song is to let women know that there are some great guys out there.

Tiara – What artist would you like to collaborate with on a song?

Hylan Starr- I would like to make a song with Chris Brown, he is one of my biggest idols in the game Chris Brown is super talented, and Usher. I would love to work with anybody, but those two artists are my idols.

Tiara– How did you feel when Usher watched your climax challenge video?

Hylan Starr – When I did the Climax challenge that was super dope to see Usher reacting to my video, I look up to him, and that was a dream come true.

Hylan Starr – My son keeps me motivated, and I get to do what I love for a living. I know I can’t fail because I have people looking up to me.

Tiara – Will you be performing anytime soon or going on tour?

Hylan Starr – I just performed at club Josephine in Atlanta, and I have been using most of my quarantine time by preparing my voice, and body for shows. I definitely will be touring once everything has completely opened up.

Hylan Starr – It is a blessing being signed to a major label, me and my CEO have a great relationship. They make sure I’m on point, I don’t have any yes men around me, and my team always tell me the truth even when it’s good or bad.

Tiara – What else would you like the people to know?

Hylan Starr – Shout out to all of my family, friends, and fans that’s been rocking with me since day one, and it’s going to be a big year. I will stay positive and keep grinding. I also have a new song dropping soon called Round, and another single with a surprise that I can’t speak on. 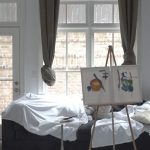 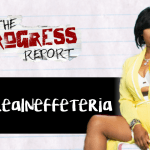