Raising Kanan is a prequel set in the 1990s that will chronicle the early years of Kanan Stark, the character first played by executive producer 50 Cent. US network Starz has confirmed there will be Power prequel series delving into the pasts of Ghost, Tommy Egan (Joseph Sikora), Angela Valdes (Lela Loren). 50 Cent released a picture on Instagtam with a caption that read ”today we shot the raising kanan theme song video cool shit only” The series is set to release in 2021. 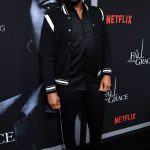 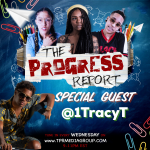