Emmett Till TV series produced by Jay -Z  and Will Smith will air on ABC later this year, The show was acquired by ABC after being shelved by the cable network. It will air as part of ABC’s civil rights anthology series Women of the Movement. This is a limited series that will focus on Emmett’s mother Mamie Till Mobley and her pursuit for justice after her son’s murder. the series charts the aftermath of Emmett’s death in 1955. It is expected to premiere in 2021. 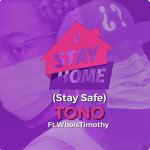