Top Shotta, will be released on August 7. NLE Choppa dropped a new single and lyric video entitled “Narrow Road” featuring Lil Baby. Choppa’s first studio LP will also feature his ”Shotta Flow 5 single” and his Roddy Ricch collab “Walk Em Down.” A tracklist for the album hasn’t been revealed as of press time, but it’s confirmed to contain 20 songs. 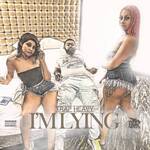