Roddy Ricch performed his hit singles  “The Box” along with “High Fashion”, on the BET Awards show tonight. Starting the performance off playing a white piano along with his singing/rapping. Roddy Ricch released his studio debut “Please Excuse Me For Being Antisocial” in 2019. “The Box” achieved No. 1 status on the Billboard Hot 100 earlier this year. It also received a visual directed by the rapper and Christian Breslauer. Watch the performance below. 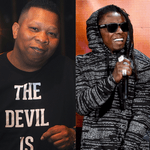