Young TL and Big Cheeze are known as rappers/singers and songwriters, from Knoxville, TN. They recently released a song and visual with Florida native NSG Blatt which was filmed in Miami titled “Walk Thru”. The artists have been young and gifted their whole life, Big Cheeze was Inspired and fueled by his experiences on the streets. Cheeze delivers music that is gritty, filled with pain, yet sonically pleasing. After graduating high school, he took to the streets to find a way out of the struggling environment he was surrounded by.

Young TL started singing at a very young age, inspired by artists such as Michael Jackson, Chris Brown, and Gucci Mane. He gained his interest in rapping once he hit high school. Young TL loved both singing and rapping, so he started to mix the two styles together. His lyrics seem to come from the struggles he went through growing up. That is where the deep passion in his music comes from. In our interview, the Tennesse, natives discussed signing to Level’D Up Music Group, and more. Make sure to watch their latest visual below for “Walk Thru” which is streaming on all digital platforms.

Stream: “Essence Of The Street”, “Walk Thru”

Tiara – For the people that don’t know tell them who you’re, and how both of you got started in the music industry?

Big Cheeze – I am signed to leveled up music group, I’m from Knoxville Tennessee, I have been in the music industry my whole life. Me and my homeboys created a music group while we were in high school, then decided to go our separate ways during college, and I just been solo ever since.

Young TL – I started my music career singing in middle school. When I got to high school, I met one of my cousins, and she was a rapper, so I started rapping as well, and I decided to incorporate singing and rapping together.

Tiara – Tell me about being apart of Leveled Up?

Young TL – We started linking years ago, they were promoting parties at the time, and we would open up for the different artists that Leveled up booked. So far as being a part of the label, I like how they were making business moves, and they like how I was moving.

Big Cheeze – We are all from the same city. The majority of the people from Leveled Up are my immediate family. We were the first artists that signed to Leveled up. During my time in prison, they had signed Layton Greene to the label as well.

Tiara – How did you both stay motivated during Covid?

Tiara – What keeps you inspired?

Big Cheeze – My family, I just had a brother that recently passed away, my music was everything to him. He invested in me and he always wanted me to keep pushing.

Young TL – My family, and knowing how great my talent is. I want the world to here my music, and I want to keep pushing forward.

Tiara – Who are some the artists that you grew up listening to?

Tiara – What advice would you give newcomers?

Young TL- Don’t stop, and don’t listen to negative people. Whatever you make that’s your craft, some people will not like it, and some will love it, keep going.

Big Cheeze – It’s a crowd out there for everybody if someone doesn’t like your music that does not mean you do not have great music, that is just not my type of music.

Young TL-My EP is dropping soon, after the group collaboration is finish, but I’m loving how the label is bring the artists together. 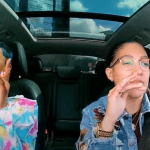 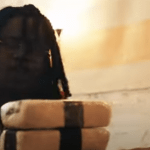