On his first ever audition, the rapper from Louisville landed one of the lead roles in a sequel of “White Men Can’t Jump.”

In the adaptation of the popular basketball comedy, Jack Harlow will play Billy Hoyle. In the first film, Woody Harrelson portrayed the character.

The relaunch will be produced by Kenya Barris, Blake Griffin of the Brooklyn Nets, and Ryan Kalil, a former NFL linebacker. Barris and Doug Hall are also co-writing the screenplay.

The revival of White Men Can’t Jump is directed by Calmatic, who is also the director of the upcoming House Party adaptation. The co-star of Jack Harlow has yet to be cast by the filmmakers.

Ron Shelton wrote and directed the original version of White Men Can’t Jump. The film was about two basketball hustlers who banded together to make money playing streetball.

Although Jack Harlow is a newcomer to the acting world, he does bring his basketball skills to the remake of White Men Can’t Jump. During NBA All-Star Weekend, the Kentucky native showed off his talents at the 2022 Ruffles All-Star Celebrity Game.

Take a look at the highlights below. 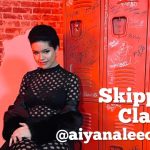 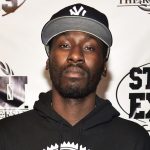