T.I. has proven that he knows his way around a movie set with roles in Dolemite Is My Name, Ant-Man, and Sleepless. The controversial rapper has been sighted on-site once more, this time in the director’s chair.

The artist of “Whatever You Like” announced on Instagram that he is now filming a new show called Da’Partments. “Director vibes with da #Vis,” says one Twitter user. King, the son of the Atlanta great, appears in the series as well. A video of the 17-year-old in action has surfaced, with King portraying a street hustler selling bottles of water to passing motorists.

There is no indication as to when either film will be launched. The more behind-the-scenes film may be found below. 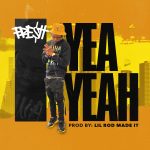