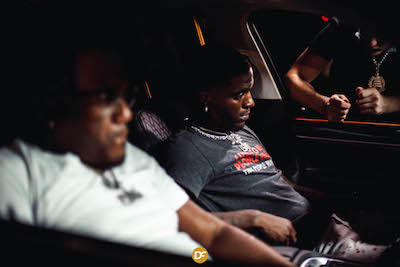 Atlanta artist 3$ Joe and hit producer Drumma Boy just released their official visual to “Far”.  3$ Joe makes music that is different and that’s exactly what makes him stand out as a new artist. The newcomer on the scene has a lot to prove coming out of Atlanta, a city that has produced countless of talented rappers and is continuously becoming a hub for music and entertainment. Now, settled off Moreland Avenue on the Eastside of Atlanta, 3$ Joe born Marvin Anthony, is ready to join the ranks of those like Outkast, Gucci, and 21 Savage.

With his biggest inspiration coming from his family, the rapper knows the importance of going out there and getting it. “Money don’t sleep,” he says, “so why should you?” That motivated spirit is related effortlessly on his tracks like “Ghetto” and “Augh”, which were offerings 3$ Joe provided on the Last Supper Music Group’s (LSMG) compilation project titled ‘Book 1: The Beginning’. Like the title suggests, this is just the beginning for the emcee who has already worked alongside rappers like Bla5er, Blo5k Lil A and Tracy T.

Joe’s grind is in forward motion as he released 2 singles “World Turns” produced by J Reid and “Far” produced by Drumma Boy. With every release, his want to succeed intensifies and in no time, everyone will know his name. 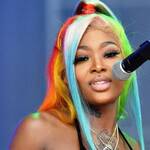