What a way to kick off a new year! Assumptions have it that twenty three year old Justin Johnson is either getting his story together for the officials or he’s partying it up before his hell on earth really begins Monday January, 10th 2022. After two months of searching and seeking the alleged killer of Memphis rapper, Young Dolph, was issued a warrant for his arrest and it was publicly announced. He’s also now Tennessee’s most wanted. Suddenly reappearing, Justin took to IG ,today’s news, that he will turn himself in on Monday to clear his name. Justin even states that all of this will be over in the blink of an eye. He’s confident. Do we like that? It has been confirmed that he’s wanted for association but it hasn’t been confirmed that Johnson is the shooter of the late rapper. Out of the three suspects, only Justin has been reported. Many sources suspect that the shooting was over money, music and or loyalty. Maybe we’ll find out Monday what really happened. Why it happened. How it happened and who’s going to go down for the loss everyone took. Stay tuned! 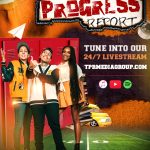