Lantana is an artist from Cincinnati, Ohio. In 2012 he released his debut single “All Hustle, No Luck” produced by Young Ex which gained mainstream success and eventually landed him a major deal with RCA/ Polo Grounds Music. On his first interview on The Progress Report Podcast, Lantana opens up about getting Yo Gotti, Bun B, and Pusha T on his “All Hustle, No Luck” single, writing his first song in the 7th grade, adjusting to life after serving a 4 year prison bid, independent grind, and new music. 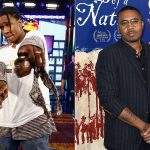