The one man who could handle his three daughters respectfully on the “Full House” sitcom. The one man who made AFHV worth watching was found deceased on Sunday January 9, 2022. Authorities say he was found in his hotel room. Mention of cause of death has not been yet confirmed. But while we’re here let’s talk about another one of America’s male sweet hearts, Bob Saget. Comedian, friend, son, husband and father. If there was a debate about which show did he milk, all bets are on America’s Funniest Home Videos. He showed us more Bob on that show. Bob Saget gave us smooth years of his life in the industry. And can we say he got it honest. With hard work and determination. No major scandals, no tax violations and not everyone knew his business. Bob was least problematic, wouldn’t you agree? It’s unfortunate that such a organic soul has left the earth but it is our honor to have known him and known of him. Prayerfully there was no foul play and prayerfully it was as peaceful as a goodnight sleep. Our prayers are with the Saget family in this time. 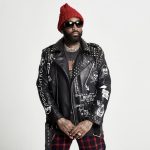