Jeezy released The Recession 2 with guest appearances by Rick Ross, Tamika Mallory, and more. His original Recession  dropped in 2008, which debuted at number one on the US Billboard 200, selling 260,000 copies in its first week. Recently Jeezy faced off against Gucci Mane in one of Verzuz’s most anticipated battles yet. It had some very intense moments, such as when Gucci Mane performed his 2012 diss song “Truth”. Despite the jabs the Verzuz battle ended peacefully drawing in 1.8M people. 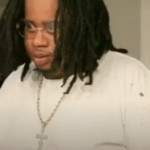