On Instagram and his website on Saturday, the award-winning actor announced the title and cover of his upcoming autobiography, WILL. Penguin Press will release the inspirational memoir on November 9th.

“It’s been a labor of love,” Smith said in a video about the good news shared on social media. “It’s been two years in the making, and it’s finally finished.”

Smith’s personal journey will be explored in WILL, from his infancy in Philadelphia, Pennsylvania, through his iconic roles in The Fresh Prince of Bel-Air and a slew of hit films like Ali (2001) and Hitch (2001). (2005).

The book is described as an “inspiring story of how Will Smith’s real self-knowledge helped to drive him to extraterrestrial status.” 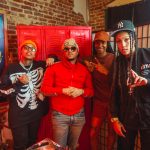