Pooh Shiesty started off his career with his debut single, “Hell Night”, featuring American rapper and good friend Big30, which was released on March 15, 2019, followed by the official music video on February 19, 2020. “Shiesty Summer” was then released five months later, on August 20, 2019, succeeded by the music video the following day.  After releasing a few singles of his own, Shiesty received attention from American rapper, Gucci Mane who ended up signing him to his record label, 1017 Records, sometime in April 2020. The two eventually ended up collaborating on Mane’s single, “Still Remember”, and appeared in the music video, both released on June 19, 2020. The song became Shiesty’s initial rise to fame and recognition. 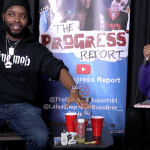