Rihanna documentary is coming to Amazon summer 2021, directed by Peter Berg. Amazon was also the home of her “Savage X Fenty” fashion show which dropped in 2019. Berg and Rihanna previously worked together on the 2012 sci-fi film “Battleship“. The director is also known for his sports-focused documentaries, including Serena Williams documentaries Serena (EPIX) and more.The documentary, titled “Rihanna: Volume 1” will be a two hour “unfiltered look into Rihanna’s life and how she’s ascended to become a global icon,” according to an official statement. 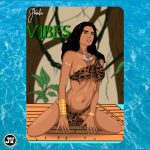