Canadian actor brothers launched The Black Academy to spotlight Black Canadian talent.  In the fall, the pair joined the board of directors for the Academy of Canadian Cinema and Television, which is in the midst of rebuilding itself to prioritize diversity and inclusion. Anderson and James’ new organization aims to honor, showcase, and celebrate established and emerging Black talent across the country.

“Shamier and I are incredibly grateful to our new board members for their enthusiasm and their expertise,” James, said in a statement. “This group of heavy-hitters believes deeply in our mission and knows the massive impact The Black Academy will make. And we’re so thankful to the CMF for their contribution. Their investment helps get The Black Academy off the ground, and the fact that they came on board early makes all the difference.”

Black is now Canada recently posted to Instagram, “Anderson and James recognized a perpetual loop within the Black Canadian landscape. Which led them to create an infrastructure where they help provide the tools for Black creatives in many different verticals, to be able to do what they do best, or what they want to do best. In addition to The Black Academy, we have announced that the Canada Media Fund will be the first funder to invest in The Black Academy through its Black People of Colour (BPOC) Sector Development initiative. @cmf.fmc “. check out the post below. 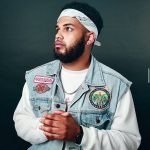 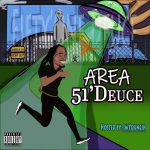