YG announced his new album ”My Life 4hunnid” which will be dropping October 2 via Def Jam recordings. YG recently released a visual for ”Equinox” featuring L.A rapper Day Sulan, who is signed to YG’s 4HUNNID label, and has previously collaborated with the rapper on the track “Her Story.” This year, Day Sulan has also released a pair of solo singles, “Big” and “Mascara.” Make sure you check out the visual below. 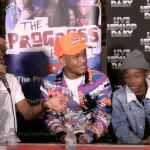 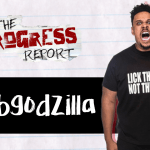