NLE Choppa delivers his 13 track album called From Dark To Light featuring Ink and Big Sean. He also released a reflective video called Bryson which, is on his album. The video finds Choppa living up to the positive lifestyle that he promised he would take on in his future music, illustrating himself as a neighborhood hero. The Memphis native gives back to the community while also using his peace, and positivity to save his fellow neighbors from danger. From Dark To Light is streaming on all digital platforms, and make sure your watch the video below.

Stream From Dark To Light 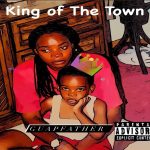