The South London England native Yung Pryce talked new music and made a stir with his debut single “Lonely Thoughts” with over 100,000 views on YouTube. In his song, he raps from the heart, depicting everyday struggles and how we have to deal with them. The star can tell you his story and make you feel like you’re apart of it. In our interview, he discusses growing up in South London, working with producer Capri Shaq and more. Make sure you download his music which is streaming on all platforms and check out our interview below on Voice It.

Tiara – How was it growing up in South London?

Yung Pryce – Growing up in South London, I never tried to follow anyone, I always stayed to myself, and focused on my music.

Tiara – Tell me about your single “Lonely Thoughts” and how the collaboration with you and Capri happen,

Yung Pryce – We released the audio before the visual for the song and a lot of people were saying they heard the single on the radio before, it was good to know that people also love the song before we dropped the video. I have been working with Capri for a year; he is a great producer; It felt good to have someone handle my vibe and my sound.

Tiara – How do you feel about the music industry?

Yung Pryce – I listen to a lot of different artists such as U.K music and American. The game is in a perfect place; in England, we are getting the recognition that we deserve, the industry is opening up in our country.

Tiara – What inspired you to make music?

Yung Pryce – When I was younger me, and my mom moved to Spain from England, I came back without my mom and experiencing not having my mom around, I decided to write a few bars about my mother. The more I started writing music; I knew this is something I wanted to do, putting myself out there and telling a story.

Tiara – Tell me about your single “Anxiety.”

Yung Pryce – I wanted to make a song for people to relate to and know that they have a place, they’re not alone, and they’re a part of something,

Tiara – You also did a freestyle and spoke with Slim Jxmmi, from Rae Sremmurd tell me about that?

Yung Pryce – I was younger at the time my friends and I waited for like four hours while they were setting up their show, me and Slim Jxmmi had a great conversation he also gave me some good advice on the industry. 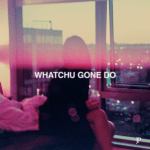