Jazmine Sullivan Announces New Project Heaux Tales. This will be her fourth album since her debut album “Fearless” from 2008. It gives us a woman’s perspective on the male/female dynamic while touching on subjects like empowerment, lust, insecurity, and loss. Sullivan project will include her recently released songs “Lost Ones” and “Pick Up Your Feelings.” Heaux Tales will be releasing January 8, 2021. 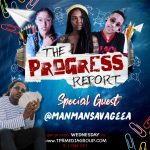