Chris Brown teases possible project with Drake, Chris Bown appeared on Instagram Live with Fat Joe for the rapper’s series, The Fat Joe Show on Friday, Nov 6. “Yeah. I think we wanted to shock the world…We got some songs. We definitely got some songs…It’s definitely gon’ be something that we’re working on that’s gon’ be crazy,”  Brown replied, when asked by Joe if there would ever be a Drake and Breezy collab project.  In the interview, it is also revealed that the project would be titled, Best of Both Worlds. 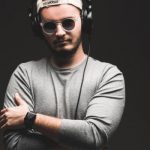