In 1996, he was nominated for Best Rap Solo Performance for “If I Ruled The World (Imagine That).” In 1999, 2007, 2008, and 2012, he was nominated for Best Rap Album for projects I Am, Hip Hop Is Dead, Untitled, and Life Is Good. In 2012 Nas was getting nominations for “Daughters” (Best Rap Song, Best Rap Performance) and “Cherry Wine” with the late Amy Winehouse (Best Rap/Song Collaboration). 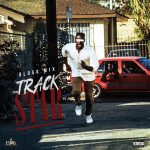