Kim Kardashian and Monica joins to help release C- Murder. The New Orleans native was sentenced to life in 2002 after he was convicted of murdering 16-year-old Steven Thomas. For years now, Miller and his team maintained his innocence, and also argued, missteps occurred during the investigation and his trial. “True justice for the young man requires that the person who actually killed him be held responsible and that Corey Miller be returned home to his kids,” Kardashian West tweeted”. 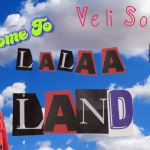