R&B groups SWV and Xscape will face off in the popular series created by Swizz Beatz and Timbaland.

‘Everybody’s been asking about it, do you feel me? And so when they asking, we’re ready. We’re never going down from a battle, so we’re ready for it. It’s great for the culture, you understand what I’m saying. It’s going to be big y’all! It’s going to be epic!’

Atlanta’s four-member Xscape — featuring Tameka “Tiny” Harris, LaTocha Scott, Tamika Scott, and Kandi Burruss were discovered by producer/rapper Jermaine Dupri, who signed them to his So So Def label, which released their debut, Hummin‘ Comin’ At ‘Cha, in 1993.

The debut featured the band’s signature hits, “Understanding” and “Just Kickin’ It,” which was followed by 1995’s Off the Hook and their final effort, 1998’s Traces of My Lipstick. The band went on hiatus after Lipstick and reformed in 2005, with the original quartet reuniting in 2017 at the BET Awards. Check out their latest post below. 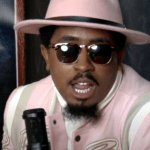