Emerging musician Alexis Ray Parker proves why we shouldn’t waste her time by combining R&B, soul, strong bass, and pop components to create a signature sound for her emotional ballads. This Arkansas native is more than a gorgeous face; she epitomizes everything it takes to become a celebrity. She recently signed a deal with Jimmy Jackson, the CEO of Change The Game, to embark on a quest to bring back R&B. Alexis’ accolades include placements in 2 Minutes of Fame, working with Ja’Niyah (Bread Gang Music Group; MoneyBagg Yo), and being the First Lady of Change the Game Records, LLC.

The music video for “Waste My Time” was released on October 15th, featured on BET Soul and MTV. Make sure you check out her visual and our interview below.

Tiara – Tell us about signing to Change The Game records?

Alexis – It was fascinating for me. I received the confirmation that I was getting signed with them towards the end of August. I am thankful that Jimmy took a chance with me and believed in my talent without knowing who I was at the time.

Tiara– How does it feel to be the first female to sign with Change the Game Records?

Alexis – It’s an excellent title. However, I don’t feel any pressure. I’m used to being around a lot of men.

Tiara: What advice would you give the upcoming artist in the entertainment industry?

Alexis – Do not focus too much on getting signed and lack of support. Keep working, and people will eventually acknowledge your dedication. All it takes is that one person to discover and invest in you.

Tiara– what inspired you to make your latest song, “Waste My Time”?

Tiara: What artists would you like to collaborate with on a song?

Alexis – I would like to work with Drake, Kanye, Jhene Aiko, and Lauren Hill.

Tiara: What is next?

Alexis – I am working on a new project called, “Do Not Disturb”, Which will be released at the top of the year. 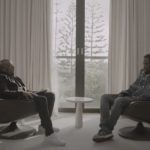 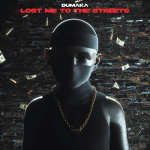