Lil Durk pays tribute to King Von in his new video for “Backdoor”, which was dropped on Sunday. The lyrics shed light on Chicago rapper Lil Durk’s struggles growing up in the streets, and issues with the legal system. King Von was shot dead in Atlanta in November at the age of 26. One week before his death, Von released his debut album Welcome To O’ Block. Backdoor is streaming on all digital platforms Make sure you watch the video below. 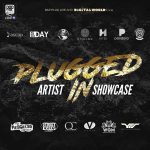