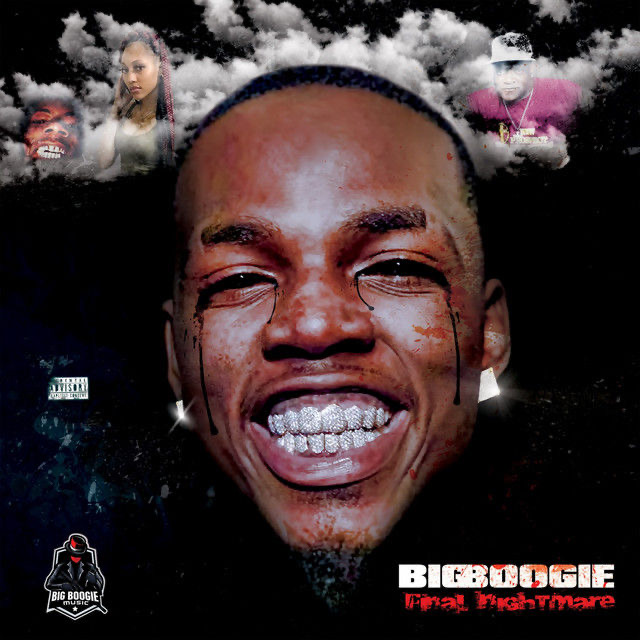 Big Boogie is known as a rapper/song writer, born in Louisiana and raised in Memphis. He recently dropped an EP called, Final Nightmare which has feature appearances by, Yo Gotti, Moneybagg Yo, and Dej Loaf. “Mental Healing,” which is track 5, the song pulled in over a million streams and views since its release. Big Boogie dropped a visual with Moneybagg Yo for their song called Thuggin, produced by GT Film Productions. In our interview below Big Boogie discussed his past hardships, signing to Yo Gotti’s Label CMG, dropping an upcoming album, and more. Final Nightmare is streaming on all digital platforms, make sure you watch Thuggin video featuring Moneybagg Yo, and check out our interview below.

Big Boogie Interview on Voice It

Tiara – How was it growing up in Memphis for you?

Big Boogie – I’m from Louisiana, and growing up in Memphis it was an eye-opener for me, and a different vibe. I have never seen so many people, tall buildings, and big houses.

Tiara – What artists were you listening to growing up? and what were your favorite songs?

Big Boogie – I was listening to Akon, and Boosie songs such as Granny Granny, Better Believe It featuring Jeezy. I look up to Boosie, and not because he is from Louisiana, I love his personality, and how he is a boss man, even though he has his bad ways, but you can’t blame him, I look at that in a good way.

Tiara – Tell me about the Final Chapter, and what inspired you to call your latest EP Final Nightmare?

Big Boogie – I was saying I was done with everything that is negative, hurtful messages, and going through so many different things. I just changed the name to Final Nightmare because I wanted to level myself up, and it’s the last of everything that went bad for me.

Tiara – In Final Nightmare on track 3 Thuggin featuring Moneybagg Yo, you mentioned you couldn’t vent to anyone in 2010, how did you overcome that?

Big Boogie – In 2010 I didn’t have it all, I would walk to school every day, I wasn’t getting new shoes like everybody else, and I had a girlfriend at the time. She showed me what females would do, so I was like if a person is going through it and they don’t have anything, and all they have is you to love, you would feel so empty, I had to get my mine together so I wrote Thuggin while I was in jail. I was in jail for almost a month because of an altercation that I didn’t do, so everything got dismissed. Me and Moneybagg Yo are close and that’s one of my favorite rappers, he was like I’m about to get on it, so we shot the music video in Atlanta, and now it’s global.

Tiara – How did you and Dej Loaf’s collaboration happen?

Big Boogie – I was with Yo Gotti, and we both walked in the studio, he was like there go Dej Loaf, I froze up, and I was shy, I couldn’t believe it. I played my songs for her, and she was feeling my music. Dej Loaf ask me if I wanted to get on her song. She was going to ask Chris Brown, but Dej Loaf wanted me on the song instead, which was big for me. I held that song back for a year. I was so ready to release the song, I knew what I had because I have plenty of big features with people that’s older. But now, me and Dej Loaf are working on finishing up a new video.

Tiara – You recently just signed to CMG, how did you feel at that moment?

Big Boogie – I felt good, I signed with them 3 years ago, but it wasn’t my time then. They were trying to get everything right with the label and for me as well. Everybody has their time, so now it’s my time to have a fresh start.

Tiara – What are your emotions like in the studio when you’re making music?

Big Boogie – I go off how I feel, if I feel sad in the studio, I will drop sad music. I just finished a video 30 minutes ago called heal my scars.

Tiara – Who would you like to collaborate with on a song?

Big Boogie – I want to work with Akon, Boosie, and Rod Wave.

Tiara – What type of song would you make with Boosie?

Big Boogie – I would write a Louisiana mindset pain song, that you could vibe to.

Tiara – What advice would you give an upcoming artist that is trying to get into the music industry?

Big Boogie – If I can do it they can, it doesn’t matter what you go through. Some artists might feel like they don’t have it all. It is a big reason you waking up every day, so put God first and continue to have faith.

Tiara – What places would you like to tour and perform?

Big Boogie – I want to go everywhere, I always wanted to go to Florida, so I will be going to Tampa, Florida to perform soon.

Tiara – You have done a lot of great things, what else will you be working on?

Big Boogie – I have a lot of music coming out so, I just released an EP, so I will be dropping my album soon. 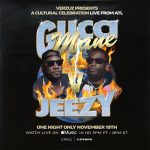 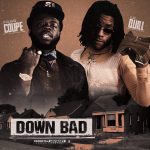