In the early 2010s, Quavo was presented to the public as a member of the Migos. He soon established himself as a big figure in the music industry with hits like “Bad & Boujee” and “T-Shirt.” He dabbled in acting along the road, making appearances in Atlanta and Narcos. Not to add the fact that he’ll be starring with Robert De Niro in a picture. He’s now venturing into the realm of athletics.

Quavo’s athletic abilities has never been a secret to true admirers. He emerged as one of the most athletic figures in the world of music and cinema, with stories of high school football fame and appearances in celebrity basketball games.

Quavo and Adidas have collaborated on three new products that will enable regular athletes stay connected to their favorite playlists while working out and going about their daily lives. The Adidas FWD-02 Sport, Adidas Z.N.E 01, and Adidas Z.N.E 01 ANC are a set of wireless headphones that “address the needs of diverse sports as well as everyday life,” with prices ranging from $99 to $189. 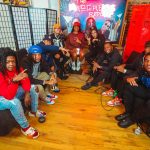