Record labels have played a vital role in the world of hip hop and with legendary labels like Death Row Records and No Limit Records producing some of the biggest pioneers in the music industry, the want for the foundation a label provides is still very prevalent today. At the same token, there’s been much debate on the need for a record label as a new artist, but its labels like CRN ENT, who are getting back to the root of it all and putting their artists first.

CRN ENT is a rap label based out of Columbia, South Carolina and was founded in 2022 by entrepreneur Jeffrey “Heeta Loc” Myers. As the name spells out, “Carolina Rollin Nineties and Certified Real N****z”, CRN ENT is more than just a label, it is a family and home to some of the rawest acts to come out the Carolina area. CRN’s growing roster is rooted in talent and authenticity with their current acts including CRN Rollo, CRN BuddyNoLove, Scrooge Loc, Tank Loc, and a few others they are hoping to build with as they look to organically expand its roster and brand outside of its home base. As the CEO of CRN ENT, Heeta Loc’s philosophy in business is heavily inspired by hip hop icon Master P, who particularly took his street mentality and made it into a profitable business in the realms of music, fashion, television, and sports.

Rollo was the first artist signed to CRN ENT and is the epitome of what their label is all about. His fans are drawn towards Rollo’s ability to capture their everyday experience in the streets on projects such as the DJ Money Mook hosted STR8 Out Da Streetz mixtape. The love from the fans, along with the help of CRN ENT, is pushing Rollo into a new bracket. “When Rollo came home from his bid,” explains Heeta, “I told him we were going all the way with the music, and he put the ball in my hands”. The support from the label to its artists is exactly why CRN is seeing such success in just a short amount of time as Heeta Loc looks to continue to push Rollo and the rest of his roster under this guidance.

With the streets in their corner, CRN ENT’s next moves are to network further with DJs and influencers and develop the label beyond Columbia, South Carolina. While the debate grows on whether there is a need for record labels, CRN is staying grounded in their ideology of family, music, and business. 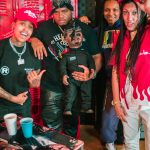 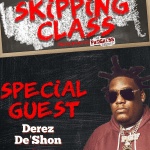