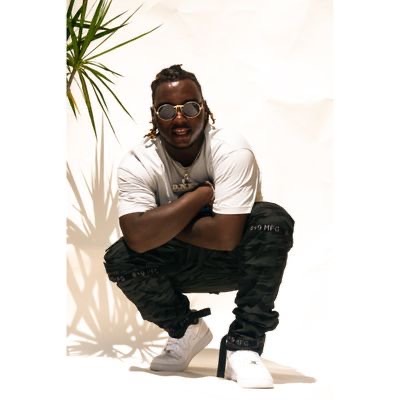 King Beli is known as a rapper/ songwriter from North Carolina. He dropped his single called “Smackdown,” “Juice Her Up,” featuring Renni Rucci and a visual Produced by the platinum North Carolina producer Dee Money. In the song, he raps about upgrading his leading lady with all the designer things that are a woman’s best friend. In our interview below, King Beli discussed the journey of growing up in North Carolina, his inspiration, new music, and more. “ITZUP” is streaming on all digital platforms. Make sure you watch the “Juice Her Up” video and check out our interview below.

King Beli interview on Voice It

Tiara – How was it growing up in North Carolina for you?

King Beli – I grew up in Fuquay, North Carolina, it was fun, we got in trouble, but at the same time we all knew each other.

Tiara – What are some of the challenges you faced growing up and how did you overcome them?

King Beli – I went through a lot when I was younger, and I thought somebody else was my father. He passed away in 2009, and my mother was taken away from me in 2010. As I got older, I found out that he was not my father, and my birth father stayed in Raleigh, NC. I was also in court a lot growing up. The good thing is I got through it and learned from the mistakes I made. After going through that, my grandmother and aunt were the only people I had, and they are both proud of me, it feels good knowing that I can make them smile.

Tiara – What artists inspired you growing up?

King Beli – I grew up listening to Slick Rick, and Wu-Tang Clan, I also played the drums to a Marvin Gaye Album. Listening to their songs and different genres of music inspired me.

Tiara – What artists would you want to collaborate with?

Tiara –   What inspired you to make your song Smack Down?

King Beli – Smack Down started out as a freestyle that I did, and it actually sound better in the studio so I decided to make it a real song.

Tiara – How did the collaboration with you and Renni Rucci come about?

King Beli – My manager came to me and mention he has a beat that he wanted me to get on with a Hotboyz type of old school vibe. After I put my verse on the song, we felt like Renni Rucci should definitely get on it. One day She had a show around my way, and at 2 in the morning she came to the studio and added her verse to the song.

Tiara – How do you prepare yourself for a performance?

King Beli – Before I get on stage it doesn’t matter if its 3,000 people or more in the audience, I still get nervous. But as soon as I start my performance and start talking to the DJ I don’t care anymore.

Tiara – What advice would you give upcoming artists that’s trying to breakthrough in the music industry?

King Beli – Whatever you want to do you have to put your all in it. When I first started rapping it was a lot of things that I had to do, and I thought about giving up, you have to keep yourself motivated, and stay on the right path.

Tiara – You have done a lot what else will you be working on soon?

King Beli – ITZUP mixtape is already out, ITZUP 2 is dropping soon. Juice Her Up Featuring Renni Rucci is out now streaming on all digital platforms, and we will be going to Phoenix, Arizona with 2 Chainz for a show. 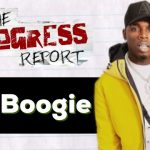