M3lo started rapping at the age of 13 while seeing other major artists rap about their lives and wanted to hear his own voice on the radio. This instantly turned into a passion while at the same time kept him out of the streets. He found himself doing something positive at certain times when things could have gone left while living in Chicago.

The three rappers that influenced him to start making music the way he did was Speaker Knockerz, OJ Da Juiceman and Waka Flocka Flame.

“I been on my grind only time a tell” said M3Lo Capone, a rising Chicago star giving a different kind of message to his audiences on his first release “Grind”. Since then he’s been on his grind, he said “run up them bands today // I’ma boss they took a loss I swear it’s all Love I swear it’s all shrugs” on his recent release that just dropped titled “No More”

Growing up in Chicago was hard, especially losing friends at a very young age. Going outside and playing with his loved ones one day and for them to be gone the next day was a lot to stomach as a child. It forced him to grow up fast and go into survival mode at a young age. He knew that one wrong move or being in the wrong place at that one wrong moment could have a great effect on his future and this was his reality.

As he grew older, police became more of a problem as well as people in the streets by targeting black kids using unnecessary force on us daily. 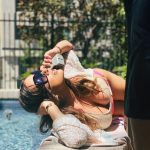