The brainchild of founder and creative director Rhuigi Villaseñor, Rhude has seen much growth since its establishment in 2013. The campaign signifies the brand’s full journey, from word-of-mouth organic growth to becoming a Paris Fashion Week regular, and most recently reporting “three to five times topline revenue growth over the past few months,” according to Villaseñor.

“Future and I have known each other for some time and grew together organically with him supporting and wearing the brand as well as me advancing in my career,” Rhude’s founder/creative director Rhuigi Villaseñor told Complex. “With the grace of the wonderful Ebonie Ward (Future’s manager) and Future, we came up with an idea to recalibrate Future’s look with my current and next collection. After that the rest is history.”

Villaseñor said the goal of Rhude’s inaugural campaign was to highlight and celebrate the “Rhude Boy” aesthetic, which has grown in popularity since Rhude made its Paris Fashion Week debut last year. This signature style deftly fuses classic streetwear elements with high fashion, with an emphasis on functionality and tailoring.

“There’s no better ambassador and friend of Rhude than Wizard Future,” he said, before touching on his outlook for Rhude. “I think this is a new approach for what the brand has been focused on doing but as for anything in my career, everything has been organic. It’s what makes sense for the ethos and DNA of the brand. The campaign is approached as The Modern Gentleman, what that means to me. So this is meant to be a proposal for the new look; Its meant to be timeless.”

Check out Future photos below. 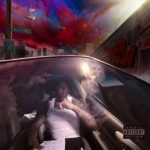