Kissie Lee is known as a Billboard singer/songwriter born in Germany and raised in Denver. Kissie Lee has written songs for Jacob Lattimore, Chris Brown, Tiny Harris, OMG Girlz, and Jacques to name a few. She recently released her visual for “My Love” produced by Mr. Hanky. The song is about showering your significant other with unconditional love. The new video sets up Kissie Lee’s anticipated new album coming 2021. Kissie Lee’s latest EP, Real, features guest appearances by R&B greats Keke Wyatt, Natasha Mosley and Sammie. In our interview below Kissie Lee discussed becoming a singer at the age of 6 years old, attending Clark University, signing with celebrity manager Johnnie Cabbell, and more. Kissie Lee continues to make significant moves. “My Love” is streaming on all digital platforms make sure you watch her visual, and check out our interview below.

Kissie Lee Interview on “Voice It”

Tiara – Tell me about your Journey to Atlanta Clark University?

Kissie Lee – I applied to a lot of HBCU Colleges I wanted to be around my people. I got accepted to a lot of them, and I ended up choosing between Clark and Howard University. My mom emailed my music to Clark, and they emailed me back with my acceptance letter, so I moved to Atlanta. I only finished a year, but I got really into the music scene in Atlanta. I started writing music, and I was doing 3 to 5 sessions a day, and that became my main focus.

Tiara – When did you start singing?

Kissie Lee – When I was 6 years old I auditioned at an acting troupe, and thats when my mother discovered I could sing.

Tiara – How did you feel when you heard your music on the radio for the first time?

Kissie Lee – I still can’t believe my music is on the radio, and for it to keep happening, it’s a blessing and a major accomplishment.

Tiara – Tell me the about the time when you were in a girls group that Jagged Edge put together.

Kissie Lee – I was in a girls group for only two weeks, and that didn’t work out, but that’s how I met legendary producer Ian Burke. He introduced me to songwriting.

Tiara – Who are some of the artists you have written songs for?

Kissie Lee – I have written songs for Chris Brown, Jacques, Jacob Lattimore, Tiny Harris, Zonnique, Keke Wyatt, Disney artist Skylar Stecker. I will continue to write music for artists, I spoke with Johnni Blaze, and she is keeping a record that I wrote for her. Writing music is another way for me to let out my creativity.

Tiara – You went through insecurities growing up. How did you overcome that and become confident?

Kissie Lee – I’m still overcoming some insecurities, I’m just so passionate, and I love what I do. It helps me to push back the negative things, and I keep a close circle of supportive people around me that are positive.

Tiara – Tell me about your song “My Love”

Kissie Lee – “My Love” was produced by Mr. Hanky. He is a legendary producer. After we met a few times we were in the studio, “My Love” was the first track he played for me, and I wanted the song to have a club and bossy type of vibe.

Tiara – What artist would you like to collaborate with?

Kissie Lee – I would want to work with Chris Brown in person, the record that I wrote for him was through a third party, and I would love to work with Bruno Mars, Baby Face, and a lot more.

Tiara – Tell me about your song “Close the Door”

Kissie Lee – “Close the Door” is an EP I did last year with producer Blac Elvis. One day he had called me to the studio to write that song for Beyonce, but I ended up keeping the song. The song is still getting a lot of plays on the radio, and the video is getting played worldwide.

Tiara – How did the collaboration with you and Johnnie Cabbell come about?

Kissie Lee – I was 5 to 6 months pregnant, and around that time, I was giving up on music because a lot of producers would tell me that I couldn’t be a music artist and have a baby, and I would believe them. My child’s father is a Producer and an Engineer for Layton Greene, and Johnnie Cabbell worked with her to get a deal with QC. Johnnie Cabbell was hearing a lot of good things about me. I had a meeting with him, and he signed me that same day. 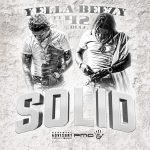 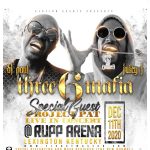